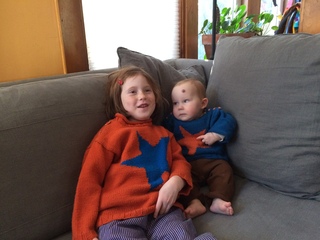 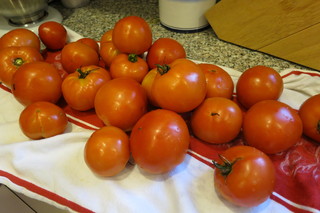 What I Read--and Didn't Write--This Summer

Summer. With time to read. And time to write. What a relief after the busy-ness of the school year, when I'm trying to balance teaching with my own reading and writing. I had high hopes for this summer. I planned to spend uninterrupted hours reading the poetry books and journals that were piling up by my bed. And then I planned to write.

Did I do that? I did not. My husband had an extended vacation--the first he's had in our 42 years of marriage--and we were lucky enough to be able to travel. Poetry, for me, requires a stillness, and we were never still, propelled outward by new places and experiences. It wasn't until our last few days in Israel that I found myself wanting to read something besides maps and restaurant reviews and the local papers.

"On the fourth night the attack came!"

"The Mufti was nearly insane with rage!"

"On the Russian front, the Wehrmacht stood before the gates of Stalingrad!"

"Surely they would not dare attack British headquarters!"

Back in Boston, still buzzing from our trip, I reread O Jerusalem, by Larry Collins and Dominique Lapierre, a journalistic account of the 1948 struggle for Jerusalem--lots of excitement, fewer exclamation points. And then Six Days of War: June 1967 and the Making of the Modern Middle East by Michael Oren, which, while lacking the drama of O Jerusalem, presents a clear account of the jigsaw of Middle Eastern states, leaders, loyalties, and disputes. The Prime Ministers by Yehuda Avner gives a more personal history, detailing Avner's years with four Israeli Prime Mininsters. Helpful in characterizing Israeli political leaders and policies, the book has some of the Exodus effect, this time with adjectives and adverbs rather than exclamation points.

"Begin's dark, watchful eyes swept the somber faces of the powerful men in front of him, and he declared tersely...."

I didn't only read about the Middle East. I spent an evening with my book group, drinking wine and discussing Canada by Richard Ford. I discovered the Martin Beck mystery series by Maj Sjowall and Per Wahloo and am making my way through all ten books in the series. I read The Elegant Gathering of White Snows by Kris Radish because my friend loved it, and it's about friendship. But I didn't read poetry. And I didn't write poetry.

Now my summer travels are done. The various family celebrations and visits are winding down. I am preparing my syllabus for the fall. And I'm not feeling so good about the poetry I didn't read and write.

I make myself sit down and re-read the poems I've been working on for the past few years. Some are OK, some are not so good. I think of the poets who've been reading and writing poetry all summer long. They've gotten ahead. They will have more success. They're better people. I don't like them so much.

I walk my daughter's dog around the neighborhood, angry and jealous and disappointed in myself, and while I'm walking and breathing and fuming the poems I've just read tumble around in my mind, settling into those I want to keep working on, those I am able to let go. A little further on the walk, I think of a new way of arranging the poems I want to keep. Back home I scribble down ideas. It's interesting. It's possible. It makes me want to write.

Maybe this would have happened if I had spent my summer reading and writing poetry. Maybe it would have happened months ago, and I'd be that much further along. But maybe not. Working on poems day after day can become a closed world for me. Maybe traveling, in body and mind, allowed me to think more freely about my writing.

I could be kidding myself here. But I'm not feeling angry or jealous or disappointed, just eager to get to work. Which is a good end-of-summer feeling.

What an interesting — and honest — perspective. The guilt of taking time off, and the possible benefits of lying fallow. And the envy of those who did not, during the same time. We know they aren't competitors. There isn't a finite pool of ideas and talent we all draw from. And yet.

So often I use my large family as my excuse for not getting more writing done. My excuse for myself — because others look at the size of my family and never ask why I don't do more, they applaud that I manage to do anything else at all.

But I know better. I know I could do more, and better.

In our hearts we always know privately where we've slacked off. But sometimes we have to go full circle to the place where others see us, giving credit for what we do accomplish. And sometimes, maybe, lying fallow awhile is a necessary part of that.

"Working on poems day after day can become a closed world for me." So well said.... I feel so similar. I've created a prose project for myself (and write a blog), both which help to open that world.

I also relate with the feeling of thinking--even if for a moment--that perhaps I should be somewhere else, further along, etc. and if I'd done this different or that different, I would be.

When I've immersed myself in my writing and reading in all the ways I think I "should," there some other *thing* that I feel remiss with... which tells me that my worries have little to do with the *thing* I'm either doing or not doing. It has to do with my HEAD.

Thankfully, a lot of creative people can relate to this kind of experience, so at least we're not alone. :)